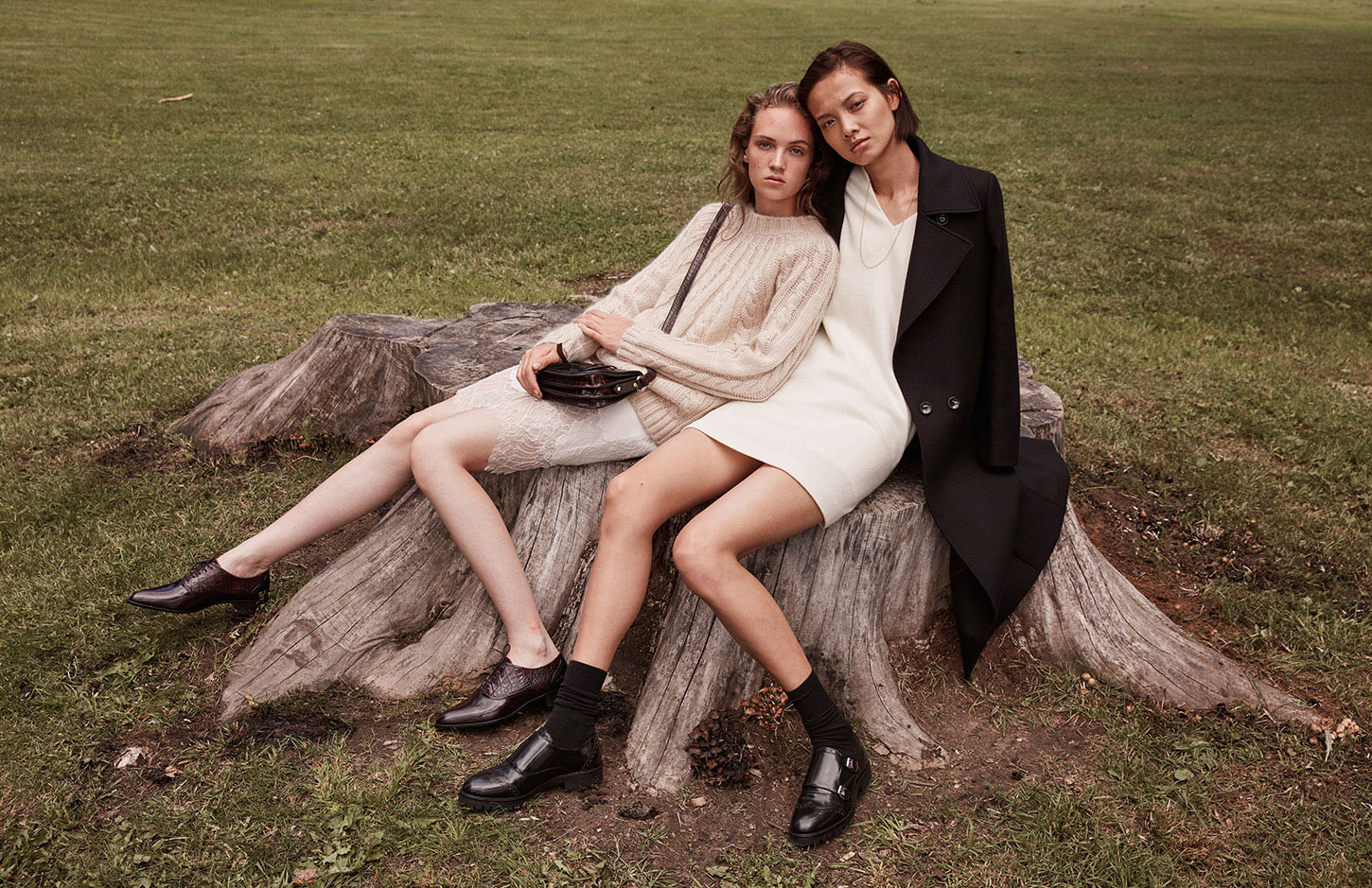 “We’re at a critical time, we have a chance to seize it.” Mattie Kahn chats to the original supermodel about female strength, the concept of beauty, and craving love.

When Lauren Hutton looks back on her storied career in fashion, a phrase that famed lensman Richard Avedon used to bat around sticks out to her.

“It’s ‘the happy accident,’” she remembers. It’s that moment, Hutton explains, when a shot is cropped just so or an expression clicks into place or a woman takes a step forward, limbs akimbo, and all of a sudden everyone is breathless. It’s that split second that turns a mundane moment into a transcendent shot. “It had to be new,” she insists. “We always wanted to create newness, a revolution.”

Hutton has been in the pursuit of that kind of work for decades. But now it feels even more essential. “We’re in this critical time,” Hutton explains. An election on the horizon, issues of social justice in the discourse, women in positions of power all over the world—“we have a chance to seize it.”

And the star of autumn fashion for H&M isn’t about to stand back and watch from the sidelines. You knew this, of course. But it’s still true: Lauren Hutton is not a wallflower.

WHO SHOWED YOU HOW STRONG A WOMAN COULD BE?
„Diana Vreeland—she was the editor of Vogue. She ran a very beautiful magazine that was accessible to all kinds of people, which is very important. Everyone could see what style and fashion and beauty was—not just in clothes, but in places in the world, in art. She just showed all kinds of beauty and at all kinds of prices. She had a completely original eye. I was 21 when I met her. I was just in awe.“

WHO DEFINES FEMALE POWER FOR YOU?
„The women who are in power! Hillary Clinton, who’s about 400 times more experienced for this job and capable and suitable for this job than anybody else who has ever run. Angela Merkel in Germany. Christine Lagarde, who’s the head of the International Monetary Fund. Women in power in Tanzania, in Africa.“

WHEN WERE YOU LAST MOVED BY SOME CREATIVE EXPRESSION?
„[At the CFDA Awards in June], Tilda Swinton accepted a fashion icon award for David Bowie. She wrote this brilliant, stunning letter to David and she used the pronoun “we.” She certainly expressed a lot of what I felt about him and probably spoke for many of the people in that room. It was really touching and made me cry. She did it without clichés. She just spoke to David, for all of us.“

WHEN’S THE LAST TIME YOU LAUGHED?
„I laugh every day. That’s how I get through every day. I’m trying to think of what the last time was, but I don’t think I remember it. I was probably alone.“
WHEN DID YOU REALISE YOU WERE BEAUTIFUL?
„It has a shelf life, beauty. And we’re always redefining it. When I was suddenly on covers and saw them just as I walked down the street, I would stand back and look at that and think, “Oh, boy! She is awful good looking, isn’t she?” And then I’d feel good.“

„But then maybe the very next day, I’d pass by a mirror and see myself looking ridiculous. Sometimes I feel very handsome and sometimes I feel really ugly, and that’s always been true and probably will always be true. I go back and forth.“

WHERE ARE YOU HAPPIEST?
„Anywhere in bed or the bush. If I’ve been in bed with someone, chances are I was wildly in love. And the bush took me to really wild places. I travelled all over Africa. I was very happy when I lived with hunter-gatherers. It was paradise for me, back to the beginning of who we were. I felt all the time that I was with real people—no facade, no fakeness.“

WHAT ARE YOU MOST COMFORTABLE IN?
„The clothes that have proven the test of time. I like clothes that become old friends, washed a bunch, worn over and over, what I know. But I think that’s true for everyone. You have to know your own proportions, know what looks good on you. And you have to stick to it. You’ve got to find your style, which takes a while. But it happens.“

„You realise, “What do people compliment me in? What colours do I feel good in? What flatters me?” You have to study that stuff and remember it, but I learned faster than most because that’s what I did every day for so many years. That’s really what it comes down to—finding out what looks good on you, specifically. We all have different proportions. And they keep changing! [Laughs.] You have to stay vigilant!“

I never leave home without my bag, which is the same one I’ve really worn for almost 45 years.

WHAT DO YOU NEVER LEAVE HOME WITHOUT?
„My bag, which is the same one I’ve really worn for almost 45 years. It’s a small backpack that I got in Malaysia. It’s made by tribal men, an art-making tribe. Every man makes his own bag. And I got one. I keep the same stuff in it every day; keys, phone, pen, paper, my own makeup that I make—because I make my own makeup—glasses, passport. I never change it. I have one bag, and that’s how I never lose anything.“

WHAT GIVES YOU HOPE?
„That there is a possibility that we will save ourselves at the last minute and find a way to share power between men and women. That’s the way nature intends it. A 50-50 split. We’re heading there, but it takes time. It’s very hard to turn your back on privilege, but I’ve found a lot of smart, young men out there who were raised by smart mothers. So, I’m hopeful. Now, we have to wait and see.“

WHAT DO YOU CRAVE?
„Very little. I’ve been very lucky in my life. I’ve got almost everything I’ve ever wanted. I crave love, but I have that and continue to have it. So, I suppose I want continued love, then. I don’t want that to go away anytime soon. I want to love and be loved. That’s what we all want. That’s what we all need.“

WHAT HAS BEEN YOUR BIGGEST VICTORY?
„That’s hard to answer. I don’t even know where to start. I think it would be that I’ve earned my own money and have never got it from a man. I certainly didn’t grow up with that idea, but I found my way. And thank God for that.“ 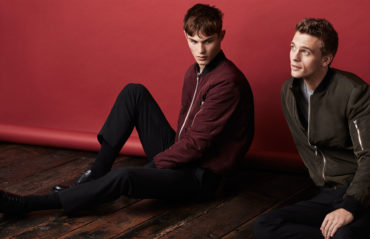 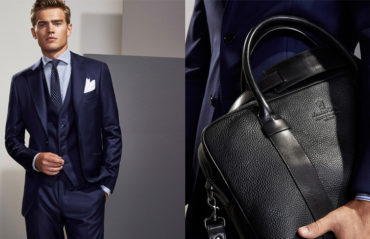 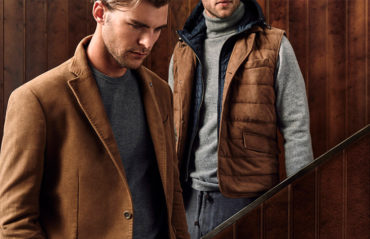 This website uses cookies to improve your experience while you navigate through the website. Out of these, the cookies that are categorized as necessary are stored on your browser as they are essential for the working of basic functionalities of the website. We also use third-party cookies that help us analyze and understand how you use this website. These cookies will be stored in your browser only with your consent. You also have the option to opt-out of these cookies. But opting out of some of these cookies may affect your browsing experience.
Necessary Vždy zapnuté
Necessary cookies are absolutely essential for the website to function properly. This category only includes cookies that ensures basic functionalities and security features of the website. These cookies do not store any personal information.
Non-necessary
Any cookies that may not be particularly necessary for the website to function and is used specifically to collect user personal data via analytics, ads, other embedded contents are termed as non-necessary cookies. It is mandatory to procure user consent prior to running these cookies on your website.
ULOŽIŤ A PRIJAŤ